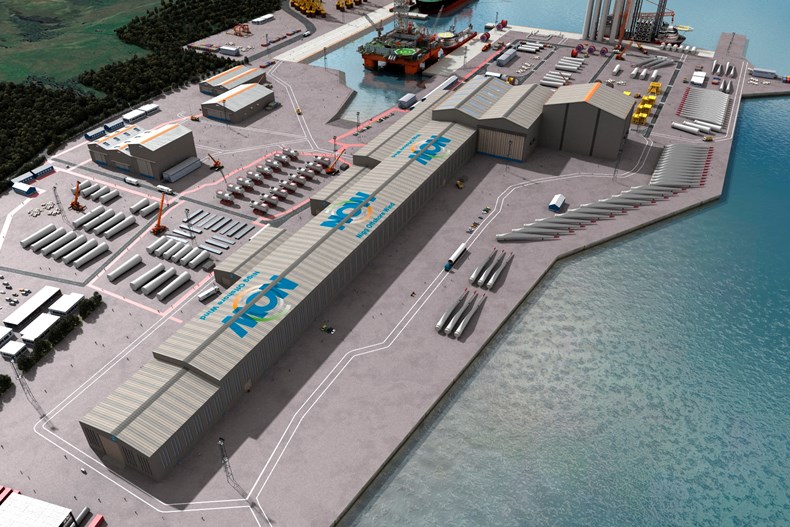 SSE is No.1 UK funder behind Port of Nigg facility with £15m debt investment

– Scotland First Minister Nicola Sturgeon hails truly transformative investment which will “help deliver a just transition to net zero and a greener, fairer future for us all” –

– SSE is No.1 UK funder behind consortium committed to delivering the new Nigg Offshore Wind (NOW) facility, which will be capable of manufacturing up to 135 next-generation offshore wind towers per year –

– 400 direct full-time manufacturing jobs to be created, with reskilling opportunities for regional oil and gas employees supporting a Just Transition –

Nigg Offshore Wind (NOW) will be a giant, 450-meter-long, 38,000m2 factory, capable of rolling steel plate to supply towers in excess of 1,000 tonnes each and other products, to the booming UK offshore fixed and floating wind industry in the UK and abroad. As a strategic backer behind the plant, SSE Renewables will be placing manufacturing orders with the factory from its leading pipeline of large-scale UK offshore wind projects. SSE Renewables expects to announce a first order contract with NOW in the near future.

Once operational, the NOW plant will support the creation of up to 400 new full-time direct manufacturing jobs as well as more than 1,800 indirect jobs in the UK, with an estimated 1,100 of these in Scotland.

"We need bold, collective action to tackle the global climate emergency, and the growth of our renewables sector over the next ten years will be truly transformative, helping to deliver a just transition to net zero and a greener, fairer future for us all.

This significant investment in Scotland’s energy sector is testament to the skills, expertise and innovation within our industry. We are delighted to financially support this cutting edge offshore wind towers facility, through Highlands & Islands Enterprise, as it reaches this significant milestone, that will deliver high value, green jobs and bring multiple benefits to communities across the Highlands and beyond while playing a pivotal role in delivering offshore renewables growth in Scotland and further afield."

The new facility is the most significant localisation of offshore wind supply chain manufacturing ever seen in Scotland and the UK. The announcement marks the culmination of over two years of close planning between SSE’s development business SSE Renewables, Global Energy Group and Haizea Wind Group to make the new facility a reality.

As well as being a strategic backer behind the NOW factory, SSE Renewables is in a leading position to provide sustainable long-term supply chain opportunities. It is currently building more offshore wind than any other company in the world right now, including at the 3.6GW Dogger Bank project (a JV with Equinor and Eni). Its pipeline of next-generation large scale UK projects includes its wholly-owned super-project Berwick Bank at up to 4.1GW as well as hoped-for success in the upcoming ScotWind seabed leasing round.

The project is due to enter construction in January 2022, subject to reaching Financial Close by year-end. Site preparation, construction and commissioning is expected to take around 18 months, supporting 1,248 FTE job years across the supply chain in building works and equipment supply.

The world-class, Scottish-based turbine component factory, which expects first production of towers in 2023, will put offshore wind to the forefront of the Scottish and UK green economic recovery. The new NOW factory will firmly establish the Port of Nigg as a strategic offshore wind hub in the UK and will consolidate the Port’s existing marshalling and staging work for turbine components and foundations.

"Today’s announcement shows that SSE is willing to put its money where its mouth is to support development of the Scottish manufacturing capability for the offshore wind sector. We have worked with Global Energy Group and stakeholders for over two years to get to this point. Global Energy Group has exciting plans for a world-class tower factory at Port of Nigg and our investment in the planned manufacturing facility demonstrates our continuing commitment to do what we can to support the development of a competitive Scottish supply chain and create local jobs.

In addition to the debt funding, SSE also looks forward to fulfilling its role as a strategic backer and placing orders with the factory to meet our growing offshore wind pipeline in the near future. SSE is in a unique position with projects of scale, such as Dogger Bank and Berwick Bank, to create sustainable, long-term supply chain opportunities such as at Nigg and the new GE blade factory in Teesside." 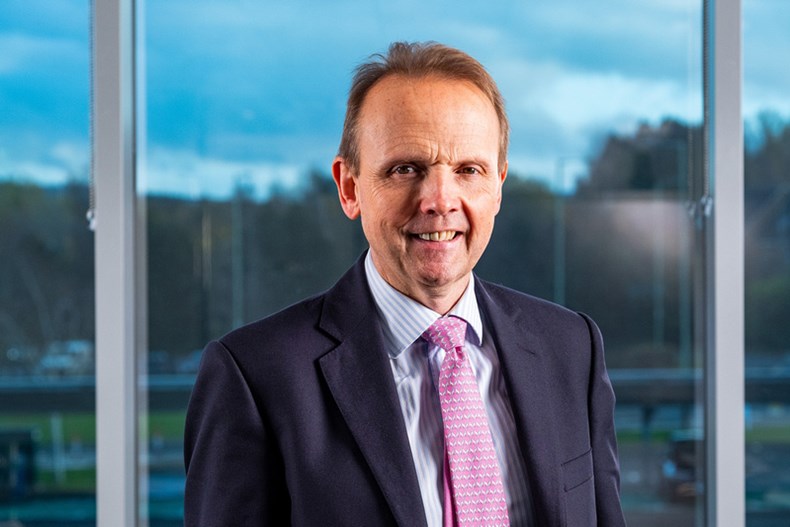 "The announcement today of a state-of-the-art tower rolling factory at the Port of Nigg can and will be a leading example of the ‘green recovery’ in action. It will create more than 400 direct long term, high-value jobs, and will offer our existing clients and new customers from around the world with the opportunity to buy ‘Scottish’ – meaning offshore wind developers can achieve their local content targets whilst helping the UK economy recover in a green and sustainable way. The facility will also create more than 1000 indirect jobs in the Scottish and UK supply chain. We are delighted to be partnering with Haizea who will bring their tower manufacturing expertise and knowledge to the Highlands of Scotland.

We have to acknowledge the immense financial, technical and commercial support we have received from SSE Renewables who have worked tirelessly with us for the past two years to make this dream a reality. Without the support of SSE, this factory would not be built. We will now look to repay the faith they have in us by creating an indigenous supply chain that will be the envy of Europe."

While initial contracts will be used to help meet the UK’s 40GW of offshore wind target by 2030, it is anticipated the factory will be in high demand for the export of towers and other products due to the rapid rate of planned offshore wind deployment across Europe up until 2050.

The innovative factory design will integrate cutting-edge robotics and welding inspection technology originally developed for the offshore oil and gas industry. Regional staff historically employed in the oil and gas industry will have the opportunity to be re-trained and upskilled at the Nigg Skills Academy to allow them to operate the machinery required to roll these giant structures.

SSE Renewables is in an unrivalled position to sustain and create opportunities for the Scottish supply chain across the next decade and beyond through its pipeline of offshore wind projects being developed in Scotland and the UK.

These include the in-construction 3.6GW Dogger Bank and 1.1GW Seagreen projects due for delivery in the next few years and which are already supporting over 3,500 UK and Scottish supply chain roles. These include around 140 skilled personnel already employed at Port of Nigg involved in the marshalling, storage, and logistics for the foundation components for Seagreen Offshore Wind Farm, SSE Renewables’ joint venture with TotalEnergies currently being built off the Angus Coast.

In the medium term, SSE Renewables is leading the connection development for the 400MW Seagreen 1A project, a joint venture with TotalEnergies, which is due to delivery in the mid-2020s, as well as the up to 4.1GW Berwick Bank project which aim to enter construction and begin generating clean electricity for Scotland in the second half of this decade, with the potential to support many thousands of local supply chain jobs.

Beyond 2030, SSE Renewables is also part of a leading consortium with Marubeni Corporation and Copenhagen Infrastructure Partners bidding via the ScotWind leasing process to deliver Crown Estate Scotland’s goal of securing around 10GW of new offshore wind projects in Scottish waters using fixed and floating technologies.