The Sustainable Development Fund is in addition to our local community funds and supports strategic projects in the regions where SSE is operating. It allows the benefits of our renewable energy developments to be accessible to a wider area and is directed to projects that can achieve significant impact in local communities. We expect the fund could be worth over £50 million over the next 25 years. 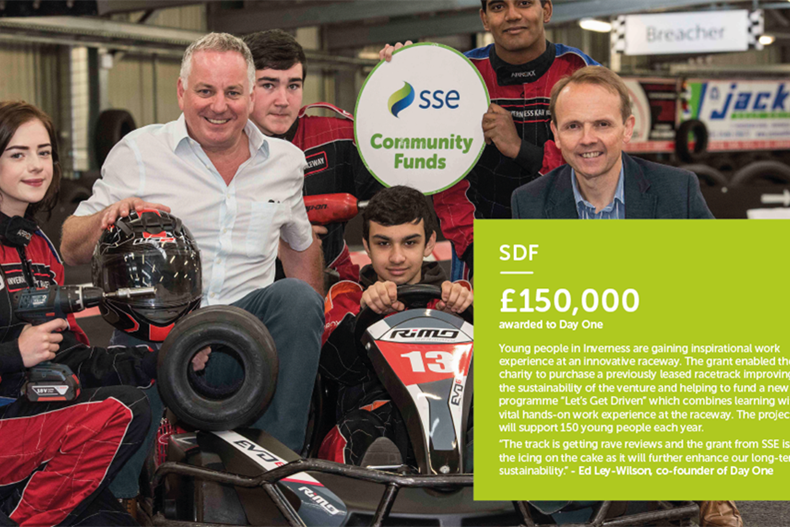 The community fund can support projects which:

Projects in the following areas can apply:

You can find out who is eligible to apply here.

Following  consultation with regional stakeholders in 2015, the following themes have been established and any successful application must fit in to at least one of these areas:

Additional consideration will be given to projects that demonstrate:

You can download our guide to accessing funding below in the Important Documents section.

Please note: The fund cannot support individuals, or groups without a constitution.

An external panel has been set up to review applications and determine which projects should receive funding. Chaired by Lord Jack McConnell, the five-strong panel has expertise in each of the three priority areas of the fund.

Rt. Hon. Lord Jack McConnell, Chairperson
Jack McConnell served as First Minister from 2001 to 2007 during which time he refreshed and launched Scotland’s international image. He established Scotland’s International Development policy; introduced the Fresh Talent initiative to encourage in-migration and a national youth volunteering programme, Project Scotland. He was appointed to the House of Lords in June 2010 and has continued his work in Africa tackling poverty, including building on the relationship between Scotland and Malawi.

Professor Jan Bebbington
Jan Bebbington is the director of the St Andrews Sustainability Institute at the University of St Andrews. Her research interests focus around the themes of organisational responses to the global climate change agenda as well as how governance regimes for sustainable development might be developed at organisational, regional and country level.

Damien Yeates
Damien Yeates was appointed Chief Executive of Skills Development Scotland in June 2008. During the past decade he has initiated a number of highly innovative and successful programmes to promote skills and lifelong learning, including the establishment of the Digital Media Academy, the Community Technology Academy Network and the Blended Learning of Construction Skills (BLOCS) programme.

Professor James Hunter
Jim Hunter is Emeritus Professor of History at the University of the Highlands and Islands. Between 1998 and 2004 he was chairman of Highlands and Islands Enterprise and is the author of eleven books about the region. He is also an award-winning journalist and broadcaster. Professor Hunter was made a CBE in 2001. He was elected a Fellow of the Royal Society of Edinburgh in 2007.

Vicki Honeyman
Vicki Honeyman has worked for SSE Renewables since 2018 and is responsible for commercial finances. Vicki has experience of volunteering in the community sector.

All awards made by the Sustainable Development Fund can be viewed in the SSE Renewables Community Investment Reviews.