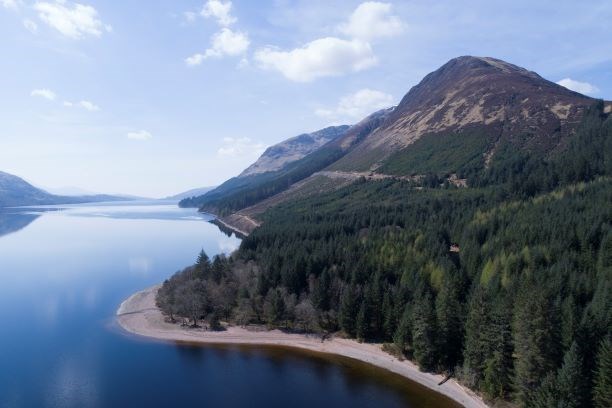 SSE Renewables is progressing the development of its Coire Glas pumped storage hydropower project in Scotland’s Great Glen. If built, it would have capacity to generate up to 1500MW of electricity with 30GWh of storage – enough to power around 3 million UK homes for up to 24 hours non-stop.

SSE Renewables has welcomed the recognition from both the UK’s government and energy regulator of the role pumped storage hydropower can play in providing the flexibility needed for the country’s energy network to meet net zero.

The new Smart Systems and Flexibility Plan, jointly published today by the UK Government and Ofgem, sets out how cutting-edge smart technologies will ensure the lights stay on and energy bills are cut, as UK demand for electricity intensifies while fossil fuels are phased out.

The Plan identifies pumped storage hydropower as one of the flexible energy technologies that can ensure the UK’s supply of clean electricity from renewable sources is secured. It sets out how flexible technologies, including large-scale and long-duration electricity storage from projects such as SSE Renewables’ Coire Glas pumped storage scheme in the Scottish Highlands, can be part of a new UK energy system to help the country meet its world-leading commitments to tackle climate change by 2050.

SSE Renewables is progressing the development of its Coire Glas pumped storage hydropower project in Scotland’s Great Glen. It is the first large-scale pumped storage scheme to be developed in the UK for more than 30 years and would more than double Great Britain’s existing electricity storage capacity. If built, Coire Glas would have capacity to generate up to 1500MW of electricity with 30GWh of storage – enough to power around 3 million UK homes for up to 24 hours non-stop.

"Reaching net zero will require new long-duration storage technologies that will enable the UK to decarbonise faster and at a lower cost to consumers by maximising the use of renewable energy. We welcome today’s publication of the Smart Systems and Flexibility Plan update by BEIS and Ofgem which recognises the vital role that long-duration storage technologies, such as pumped storage hydropower, can have and sets out a further Call for Evidence on how to bring investment forward.

Building on today’s Plan update, we now look forward to BEIS and Ofgem moving quickly to progress a policy and market framework that appropriately values long-duration storage technologies. This could unlock the investment required in projects such as our 1,500MW Coire Glas pumped storage project in the Scottish Highlands which, in a single project, would more than double the UK’s total storage capacity and significantly scale up system flexibility."

The new Smart Systems and Flexibility Plan goes on to say that investment in new smart and flexibility energy systems can help reduce consumer bills and create new jobs. Unleashing the full potential of smart systems and flexibility in the UK’s energy sector could reduce the costs of managing the system by up to £10 billion a year by 2050, as well as generating up to 10,000 jobs for system installers, electricians, data scientists and engineers.

The Plan delivers on the commitments made by the Government in the Energy White Paper and represents a significant step forward on the path to providing flexibility for the UK energy network.

The Smart Systems and Flexibility Plan updates the previous plan launched in 2017. A separate call for evidence on enabling large-scale and long-duration electricity storage technologies, including pumped storage hydropower, has also been published and runs until 28 September 2021.

SSE Renewables looks forward to responding to the UK Government and Ofgem’s call for evidence in due course as part of its wider commitment to supporting the creation of a new smart and flexible energy system for the country to meet net zero.

Coire Glas is a proposed pumped hydro storage scheme with a potential capacity of up to 1500MW. It is the first large-scale pumped storage scheme to be developed in the UK for more than 30 years and would more than double Great Britain’s existing electricity storage capacity.

Pumped storage schemes involve two bodies of water at different heights. During periods of low demand and/or surplus generation, electricity is used to pump water from the lower loch to the upper reservoir, storing energy. The energy is released by using the water to generate hydro-electricity at a time when demand is high and/or other variable generation is low.

Coire Glas is an excellent pumped storage site with a large lower reservoir (Loch Lochy) and a significant elevation of more than 500m between the lower and the new upper reservoir site over a relatively short distance.

A revised application to increase the scheme’s proposed capacity from 600MW to 1500MW was approved by the Scottish Government in October 2020. This change will allow SSE Renewables to maximise the potential of the site as the UK moves towards a net zero carbon energy system by 2050.