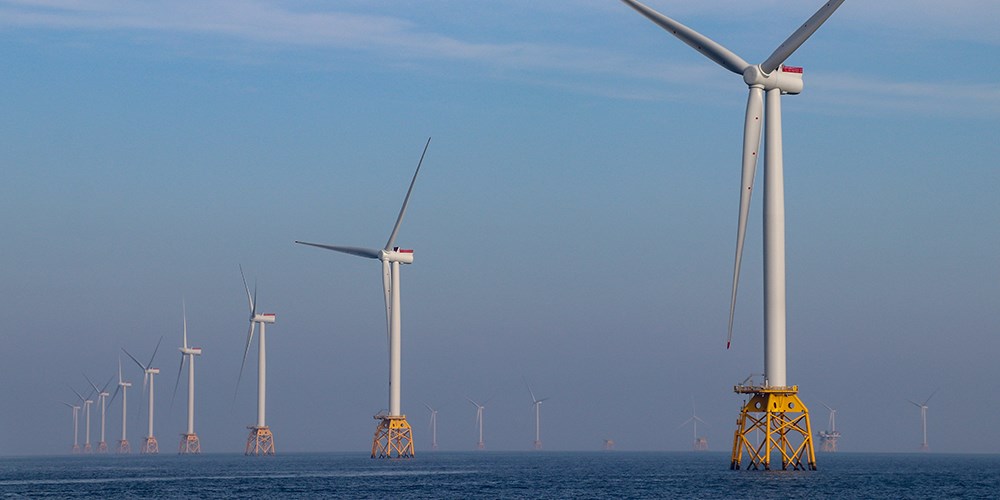 For everyone involved in the delivery of Beatrice, we’re incredibly privileged and honoured that His Royal Highness is able to join us as we celebrate the hard work, innovation, drive and collaboration of thousands of people from across Scotland, the UK and further afield who all played their part in building Beatrice, which is now the fourth largest offshore wind farm in the world.

Today’s official opening marks the end of a 15-year journey that started in 2004 when SSE and Talisman Energy announced plans for a world-leading project at the Beatrice oil field to test technologies for deep water wind farms distant from the shore. The stated goal of that test was to see if large scale developments like this could be delivered in more challenging site locations and provide a practical source of commercial scale renewable energy. Today, we can safely say that test has been passed with flying colours.

More recently, SSE Renewables partnered with Copenhagen Infrastructure Partners and Red Rock Power Limited to deliver the 588MW Beatrice Offshore Windfarm at an investment cost of £2.5bn, representing the largest ever single private investment in Scotland. Offshore construction began two years ago with the installation of fixed jacket foundations in waters up to 56m deep and 13km off the Caithness coast. And over the last 12 months, 84 Siemens Gamesa 7MW turbines have been installed, so that today Beatrice is generating enough energy to power 450,000 homes every year.

Literally thousands of people have, directly and indirectly, contributed to the development and construction of Beatrice, which has been delivered on time and under budget – a remarkable achievement especially considering the challenges the North Sea and deep waters bring.

I have spoken previously of the transformative socio-economic benefits that Beatrice delivers to the UK, Scotland and to the regions, and all of us involved in the project are especially proud of the significant positive impact Beatrice has already made to the communities of Wick and Caithness, which will last for decades to come.

But undoubtedly the most important benefit that Beatrice brings is its contribution towards the UK and Scotland’s efforts to combat climate change. Over the expected 25-year lifetime of the wind farm, Beatrice will save around 8m tonnes of harmful carbon emissions.

The impact of that reduction in carbon cannot be overstated. Because it clearly demonstrates once again the crucial role renewable energy, and offshore wind energy in particular, plays in decarbonising our society for future generations.

Beatrice is only one step in the journey that the UK needs to take if we are to meet the Government’s new ambition to reach net zero greenhouse gas emissions by 2050. Scotland and the UK will need to develop further projects similar to Beatrice in the next to 10 to 15 years if we are to power that drive towards creating a clean, green economy while boosting jobs and growth.

What was a vision 15 years ago is now a blueprint for the future. SSE Renewables will do all it can in the years to come to use the blueprint of Beatrice as a platform from which we can continue to relentlessly pursue the goal of a net zero society by 2050. And in doing so, I proudly believe that we will drive forward the clean energy revolution the UK needs.