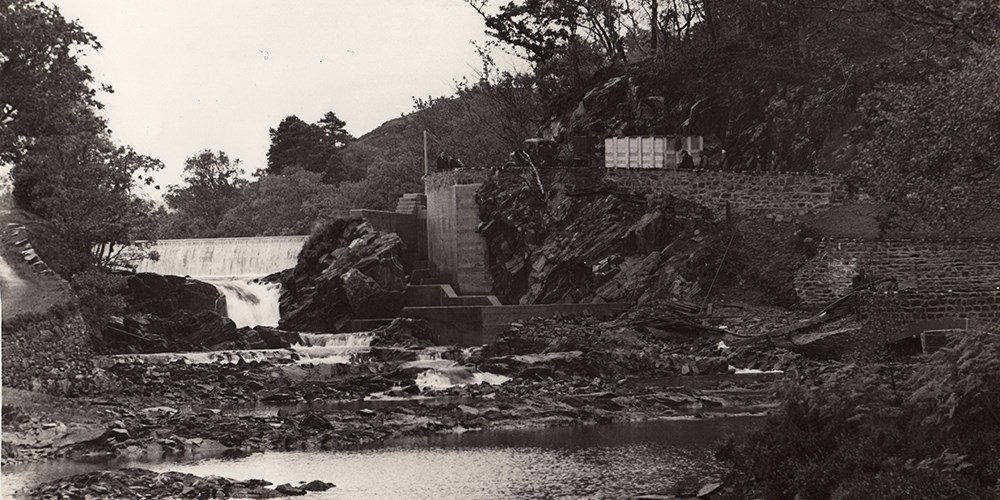 Today marks 70 years since the switch-on of the first two hydro power stations developed by the North of Scotland Hydro Electric Board - a monumental moment in the company’s hydro history.

Morar and Lochalsh power stations were the beginning of SSE’s hydro revolution, when it’s early iteration - The North of Scotland Hydro Electric Board - brought renewable power to the highlands of Scotland.

Described at the time as “an interesting milestone” by one member of the Board, Morar Power Station was switched-on by local crofter Mrs Catherine MacKenzie. As she turned the wheel to open the gates to a new phase in Scotland’s history, Mrs MacKenzie was reported to have said in Gaelic: “Let light and power come to the crofts”.

Jim Smith, SSE Renewables Managing Director Designate, said: “Our company has always had renewables at its heart, 70 years ago we celebrated the switch-on of two of our first hydro power stations and just last week we celebrated the completion of Stronelairg wind farms in Fort Augustus. It demonstrates that what was an important milestone 70 years ago has just as important a role to play today in generating the energy people need.

“We currently operate over 100 hydro power stations and wind farms, with more to come. The North of Scotland Hydro Electric Board started our renewables legacy and we want to ensure it continues for many more years to come.”

The history of SSE’s hydro legacy can be explored at the Pitlochry Dam Visitor Centre. Opened in 2017, the visitor centre has welcome hundreds of thousands of visitors already, keen to find out more about the role hydro power played in bringing electricity to Scotland.