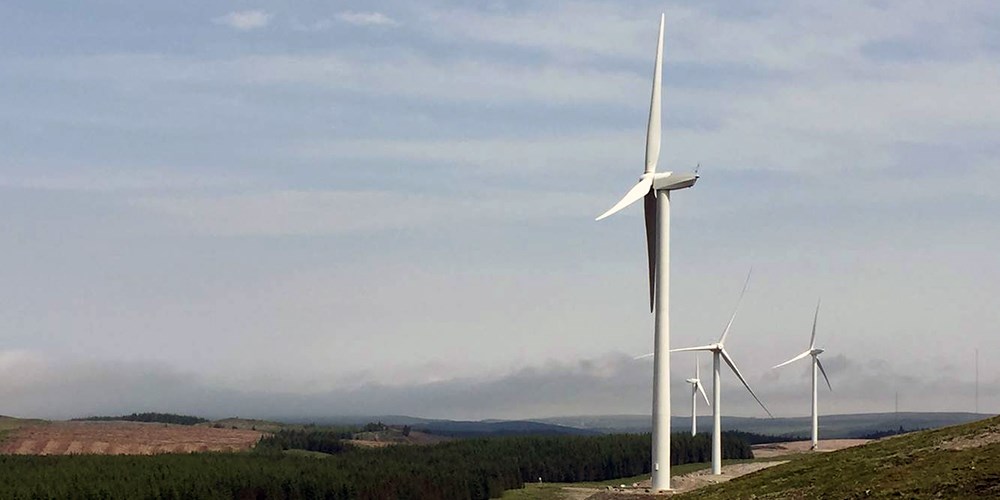 The milestone saw SSE’s operations team take over the running of the site from the project team as it enters full commercial operation.

All 33 turbines are up and turning, exporting clean, green electricity to the National Grid and powering a £4.5 million community benefit fund for the local area.

With a total generation capacity of 67.65 MW, the first electricity was exported to the grid in June and it has the potential to generate enough electricity to power around 64,000 homes each year*.

Main construction work at Strathy North was also featured on BBC4 documentary Power to the People, which aired last week on BBC FOUR.

It followed contractors RJ McLeod and Senvion as the turbines arrived and began to enter their commissioning phase.

Rod Crawford, SSE’s project manager, said: “We are delighted to reach this major milestone and hand over the project to our operations colleagues. The construction team is very proud of Strathy North wind farm - it is an excellent site, with a great wind resource, and it will be a strong addition to our wind portfolio.”

The wind farm has so far delivered in excess of £3million of contracts across the North Sutherland and Caithness area, and a seven-figure contract was placed with the local Kirkton quarry in Melvich for the production and supply of concrete for the site.
Furthermore, almost £150,000 of smaller contracts have been awarded in the immediate area to local businesses or tradespeople, and over £70,000 has been delivered so far in the form of local spend on accommodation, food and fuel.

SSE’s Open 4 Business portal also allows local suppliers to view SSE opportunities, register as a supplier and respond to notices free of charge. Users of the site can then also advertise their own opportunities such as sub-contracting work on other projects.

Janette MacKay, Chairperson of Strathy and Armadale Community Council, said: “We are delighted that SSE’s Strathy North wind farm is now up and running. As a remote and fragile community on the north coast this project has meant a great deal to us and delivered everything that SSE promised. Strathy North has supported local jobs and employment, the use of local accommodation, shops, garages and other local services in addition to other goodwill gestures such as cattle grids, fencing and road improvements, and much needed investment in our area through the community funds from the project.”

Established at the commissioning phase of the project, it supports the three community council areas of Strathy and Armadale, Bettyhill, Strathnaver and Altnaharra, and Melvich.

Already it has awarded £55,000 to North Sutherland Outdoor Bowling Club to build a new green and clubhouse and £23,000 to Farr Primary School Parent Council to create a multi-use games facility in Bettyhill.

* based on OFGEM's typical annual domestic household consumption of 3,200 kWh a year.