The Tummel scheme stretches from Dalwhinnie, famous for its whisky distillery, in the north, to the remote Rannoch Station in the west, and the highly-popular tourist town of Pitlochry in the east.

Among the most famous landmarks in the Tummel scheme catchment area is a magnificent viewpoint looking along Loch Tummel. Queen Victoria is said to have stopped there to have a picnic, giving it its name Queen’s View. If that is true, the view before her would have been very different to that enjoyed by today’s visitors. When Clunie Dam was built in 1951 the water level was raised by about five metres – changing the landscape forever.

Water for the Tummel scheme is harnessed from across 1,800 square kilometres of the majestic Grampian Mountains and stored in several lochs, including Eigheach, Ericht, Errochty, Rannoch, Tummel and Faskally, ready to be released to generate electricity whenever it is needed.

On its journey from the very top of the Tummel scheme, water undergoes a vertical descent of more than 300 metres, and will have been used to drive the turbines of up to five power stations by the time it has passed through Pitlochry Power Station at the lowest point on the scheme.

The scheme was said to have been one of Edward MacColl’s favourite projects as it made such efficient use of the water in its catchment area. But its construction had challenges, mostly relating to the shortage of materials, and the logistics of getting them on site. Sand was sourced from Blairgowrie and from the bed of the River Tay, between Dundee and Perth. A quarry for suitable stone was dug on the north bank of the River Tummel. The Portland cement was brought by convoys of lorries travelling from Dundee. 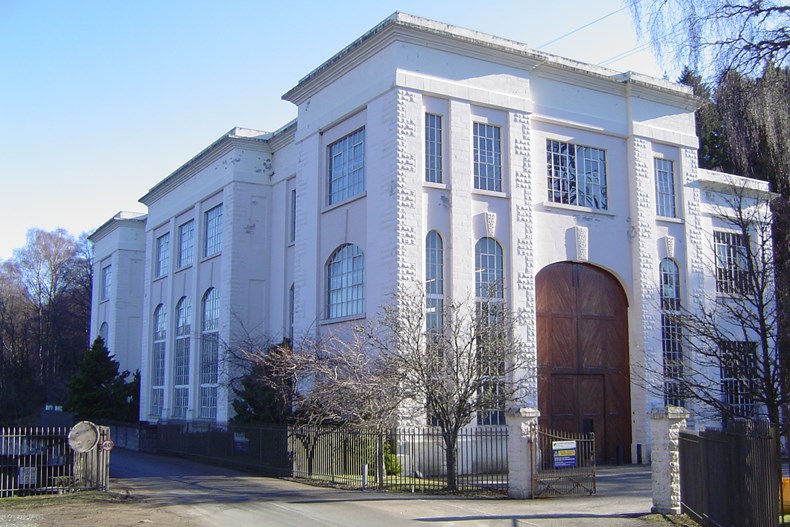 To many people, Tummel became Scotland’s flagship hydro scheme. Pitlochry Power Station and Dam are highly regarded for their architecture. MacColl ensured the dam was specifically designed to allow members of the public to walk across it as part of a circular walk from the town, and he even included plans for a visitor centre. Unfortunately, he died before Pitlochry’s official opening and never saw how popular his original visitor centre was.

The view from the dam includes the beautiful Loch Faskally, which is entirely man made, although to look at it today there are few clues to suggest this. It is estimated that over 500,000 people walk across the dam every year. The recently built replacement Pitlochry Dam Visitor Centre attracts over 100,000 visitors a year. Many stop to learn more about hydro electricity, and about the Hydro Boys and Tunnel Tigers, while overlooking the dam and loch, before trying to spot salmon making their way upstream via the famous fish ladder.

Although there was never any question that the fish ladder would be built – NoSHEB had little choice in the matter – it added considerably to the cost of the scheme. And arguably it is still having an economic impact on the potential electricity production of Pitlochry Power Station.

Hydro engineers work hard to make the best use they can of every drop of water available to generate electricity. But some of the water at Pitlochry has to be diverted through the fish ladder that needs a constant flow of about 70,000 cubic metres of water a day. To a hydro engineer, that’s a bit like leaving a very large tap running all day, every day.

A few miles from Pitlochry, the Clunie Arch memorial is a reminder that men lost their lives building the hydro schemes that still light our way decades later. The arch is almost seven metres in diameter, a replica of the tunnel that supplies water to Clunie Power Station, the largest water-carrying tunnel in Great Britain.

The Tummel scheme generates enough electricity to power over 230,000 homes for a whole year, that’s enough for a city the size of Liverpool.