Shin is Scotland’s most northerly hydro electric scheme. It utilises water from a 650 square kilometre catchment area in Sutherland, including Loch Shin, and water from the River Cassley and River Brora.

When the Lairg dam was built at the southern end of Loch Shin to form the main reservoir for the Shin scheme, it raised the water level in the loch by around 11 metres, making it on of Scotland’s largest freshwater lochs at over 27 kilometres long and over 1.5 kilometres wide for most of its length. 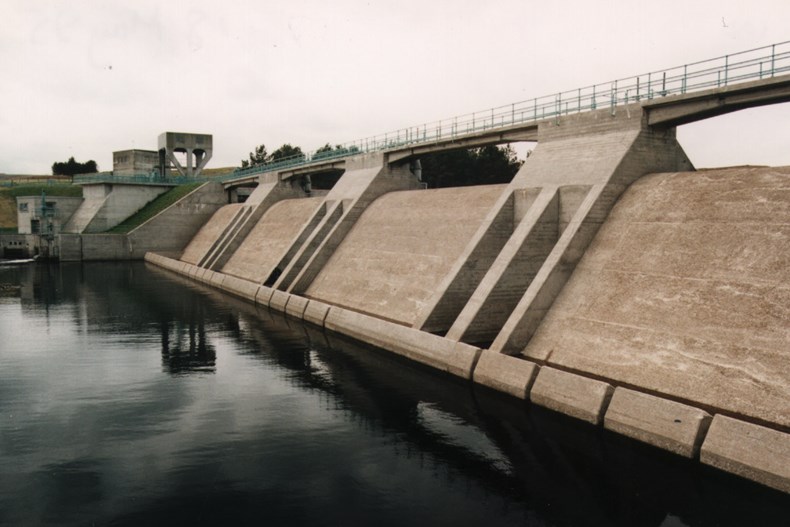 The River Shin is one of Scotland’s best salmon rivers. Seeing the salmon swimming upstream to their spawning grounds and leaping up waterfalls to get there can be a spectacular sight. When Lairg Dam was built, it was designed so that compensation water would always flow in the River Shin. This, combined with a Borland fish lift, enabled adult salmon to navigate the dam and swim upstream to their spawning grounds.

If you venture that far north, you still won’t see what is arguably the most impressive feature of the Shin scheme: an eight kilometre tunnel that enables water used by Lairg Power Station to be used again to drive Shin Power Station’s turbines at Inveran.

Shin produces enough electricity every year to power over 50,000 homes, enough for all the homes in Dundee and Inverness.

If you're interested in our hydro heritage, visit  Pitlochry Dam Visitor Centre located beside our Pitlochry Power Station in Perthshire, Scotland.