SSE Renewables is progressing plans for a £150 million wind farm at Doraville, the largest single investment proposed by SSE Renewables in the Northern Ireland economy. 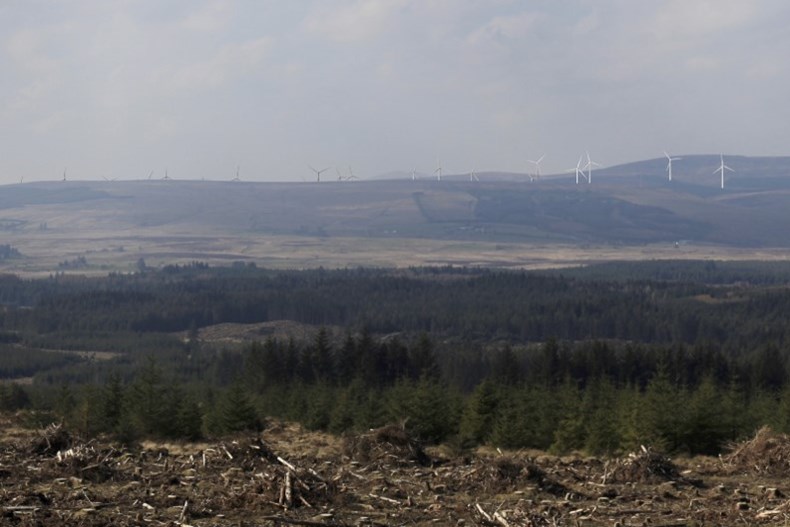 Situated 12km west of Draperstown and 20km north-west of Cookstown, the site is located within the townlands of Derrynoyd, Brackagh North, Tievnameenta and Cloghemy Glebe. The proposed wind farm has the potential to generate 118.8MW of green electricity and would be the largest wind farm in Northern Ireland with the potential to power around 100,000 homes.

Once operational, Doraville Wind Farm will generate almost £30 million in rates payments for local services through its lifetime in addition to £15 million in community fund benefit.

^Total annual homes powered quoted based on projected capacity, typical wind load factor of 32%, and typical annual consumption (3,200kWh). Quoted CO2 emissions abated based on projected annual MWh output and latest average CO2 Emissions (0.291t/MWh) in the All-Island Single Electricity Market, and published by the UR in its Fuel Mix Disclosure and CO2 Emissions for 2018, September 2019.

SSE Renewables originally submitted its application for planning permission in June 2015. In December 2015, SSE submitted an Environmental Statement to Northern Ireland Planning Services, which assessed the impacts of the proposed wind farm design. Following an extensive statutory consultation exercise, during which statutory consultees, interested parties and the public were given an opportunity to comment on the proposed development, the design layout was revised.

The new design, which includes a reduction in overall turbine numbers from 36 to 33, was submitted in response to a request for Further Environmental Information (FEI) issued by the Department for Infrastructure following feedback from the statutory public consultation exercise undertaken in the previous year.

The new layout for Doraville Wind Farm went on show to members of the public at an information event held on Thursday 23 March 2017 in Cookstown, Co. Tyrone. Members of the local community were invited to attend to learn details of the changes to the Environmental Statement (ES) layout as well as to meet members of the SSE Renewables project team who were on hand to answer any questions they may have.

The design revisions include:

The submission of the revised Environmental Statement to the Department for Infrastructure was advertised in local press and on SSE Renewables' project website, notifying interested parties of the opportunity to make representations and comment on the application during a statutory consultation period. Following the conclusion of this process the Department assessed the application against planning and energy policy. All consultee representation was considered, including comments from the local community.

As a result the project went forward to a Public Inquiry conducted by the Planning Commission in September 2019. A decision on the project is expected in due course.

To read more about the revisions to the design layout, download a detailed PDF of project information here.

Sep 2014: Introduction to SSE and the Community Fund

Dec 2015: £150m Doraville Wind Farm 'an investment in the economy and community'