Bhlaraidh wind farm has 32 turbines and is located on the Glenmoriston Estate, north-west of Invermoriston in the Great Glen.

A planning application for Bhlaraidh wind farm was submitted in summer 2012 and consent was granted in January 2014. Bhlaraidh is located in an upland plateau and was designed so not to be seen from major tourist routes.

Main construction began in spring 2016, these works include the construction of the 32 turbine bases and crane hardstandings and associated cabling and drainage works. Bhlaraidh took delivery of its first load of turbine deliveries in October 2016 and, following some weather constraints, the first seven turbine deliveries were completed in November 2016.

Turbine deliveries resumed in spring 2017, with the turbine blades travelling from Kyle of Lochalsh harbour and the turbine towers and components coming from Inverness harbour.

Construction was completed in early autumn and handed over to the Renewable Operations team in November 2017.

There is a proposed extension to Bhlaraidh wind farm, which can be seen on the Bhlaraidh Extension webpage. 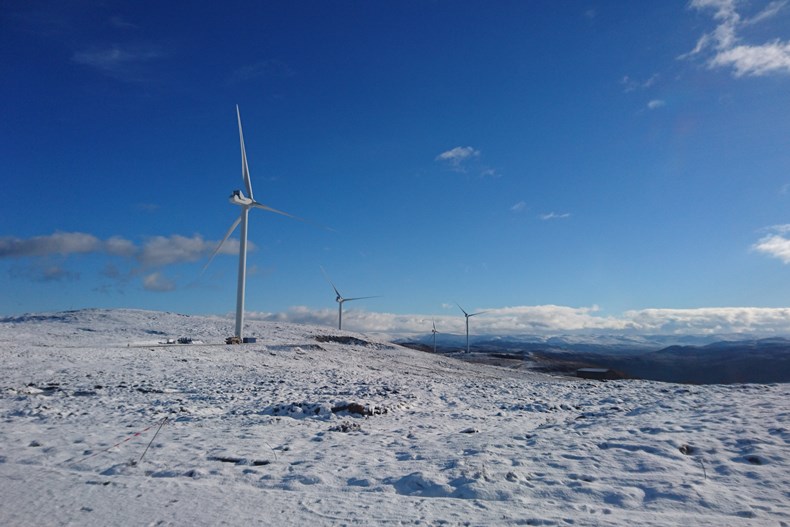