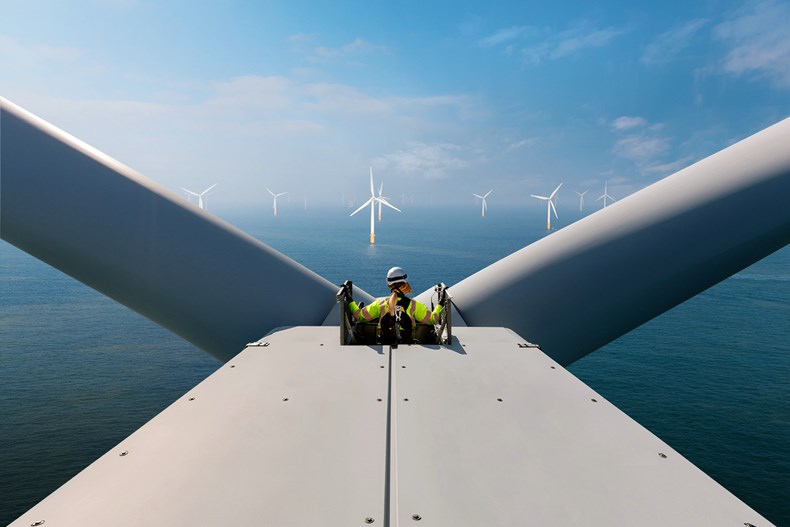 We’re 100% ready to deliver the offshore wind needed to help secure Ireland’s energy future, reduce carbon emissions and create local jobs. Ireland is a nascent market for offshore wind with huge potential and our leading pipeline of Irish offshore wind projects will significantly contribute to the Irish Government's target of achieving 7GW of offshore wind by 2030.

We’re ready to deliver Ireland’s first offshore wind farm of scale, Phase 2 of the 800MW Arklow Bank Wind Park off the coast of Co. Wicklow, by 2028. Arklow Bank Wind Park Phase 2 will be located 6km to 13km off the coast of Arklow, Co. Wicklow. The 520MW project is the next phase of wind energy development at Arklow Bank. The project will be capable of generating up to 800MW of renewable energy, enough to power over 800,000 homes annually and offset almost 1 billion kilos of carbon emissions each year.

SSE Renewables has submitted an application to the Irish Government for a Maritime Area Consent (MAC) for Phase 2 of Arklow Bank. The MAC application has been made via Ireland’s recently introduced marine planning process announced in April 2022. The project has already secured planning permission for the onshore grid infrastructure necessary to connect the 800MW Phase 2 of Arklow Bank to Ireland’s electricity transmission grid. If SSE Renewables successfully secures a Maritime Area Consent from the Government, it can then apply to Ireland’s planning board, An Bord Pleanála, for permission to build out the project’s next phase. This future planning application would include detailed proposals for the offshore infrastructure required, including offshore wind turbines, offshore substation platforms, and subsea cables, as well as an accompanying Environmental Impact Assessment for the wind park’s offshore infrastructure. SSE Renewables intends to commence a draft of this Environmental Impact Assessment later this year as part of the project’s ongoing development.

The offshore wind energy project is expected to require an investment of up to €2.5 billion and, under current planning timelines, is expected to deliver first power in 2028 and completion in 2029, subject to a final investment decision. Once operational the wind farm will also deliver a multi-million-euro annual community fund.

During construction and operation, we plan to support local businesses across South Wicklow and North Wexford, including companies in the supply chain in Wicklow Port and Arklow Harbour. We also plan to create around 80 full-time jobs to support the lifetime operation of the new offshore wind farm. These local jobs will be sustained over the lifespan of the wind farm and will be based out of a new purpose-built Operations Base at Arklow Harbour’s South Dock. 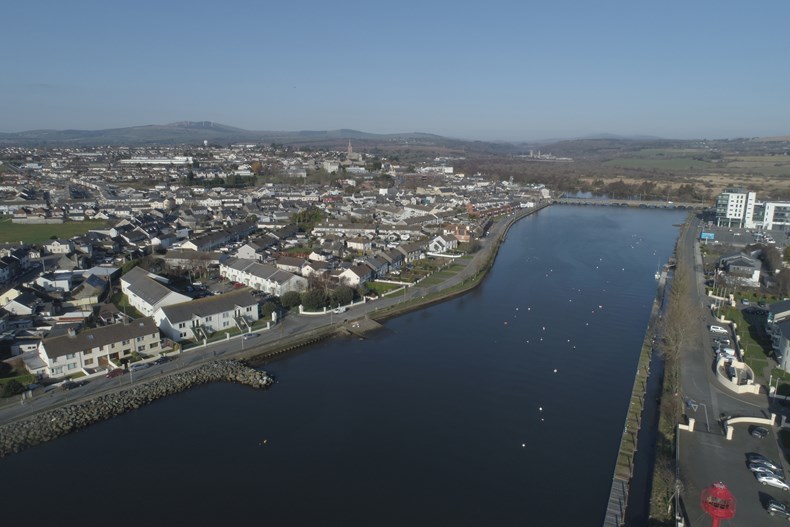 Arklow Bank Wind Park will also contribute significantly to Ireland’s green economic recovery, delivering much needed jobs and investment. It will deliver €860 million gross value-added (GVA) to the island of Ireland, €430 million of which will be delivered to Wicklow and north Wexford directly. The project will create 10,500 FTE years nationally, 4,800 of which will be local. These figures are substantial, considering the project is being developed in a jurisdiction without any experience in offshore wind, or any established supply chain. Indeed, Arklow Bank Wind Park as a front-runner project in the Irish Sea will act as an offshore wind test case for the State, for the grid and for Ireland’s indigenous supply chain. For more about Arklow Bank Wind Park, click here.

Looking to the second half of the decade, we expect our subsequent blue sea projects, Braymore Wind Park off the port of Drogheda in the north Irish Sea and Celtic Sea Array off the Waterford and Suir Estuary, could power Ireland’s push towards 2030 targets and contribute significant gross value added to the national and local economy.

Braymore Wind Park is situated in water depths suitable for fixed turbine installations and is located around 18km from both Dunany Point in County Louth at its most northern point and from Braymore Point in County Dublin at its most southern point. SSE Renewables recently secured a Foreshore License to facilitate surveys of the seabed at Braymore to enhance our understanding of met ocean conditions and environmental mapping at the site. We believe Braymore will be capable of generating around 1,000MW of renewable energy, powering over 1 million homes annually. For more on Braymore Wind Park, click here.

SSE Renewables has applied for a non-exclusive Foreshore Licence from the Irish Government to carry our site investigation works to assess the suitability of 689 sq km of blue sea off the Waterford and Suir Estuary in the Celtic Sea for the potential development of an offshore wind farm. Situated approximately 25km offshore in the deep waters of the Celtic Sea, the sea depths have the potential to make this site suitable for the deployment of emerging new floating wind technologies. The site would be capable of generating around 1,200MW of renewable energy, contributing significantly to Ireland's target of 5GW of offshore wind energy by 2030. For more on Celtic Sea Array, click here.

"It is off our southern coastline that we are setting our greatest ambitions for Ireland. We expect to be able to deliver the 1200MW fixed turbine installed Celtic Sea Array by 2030, again contributing significantly to Ireland’s 5GW target of offshore wind energy by the end of the decade.

But delivery of Celtic Sea Array is just the beginning as it will provide the launch base from which we will develop future additional phases in the Celtic Sea utilising floating offshore wind technology to meet post-2030 targets. To this end, we are actively exploring new optimum Celtic Sea locations off Ireland’s southern coast to build out this floating phase of our project ambitions."