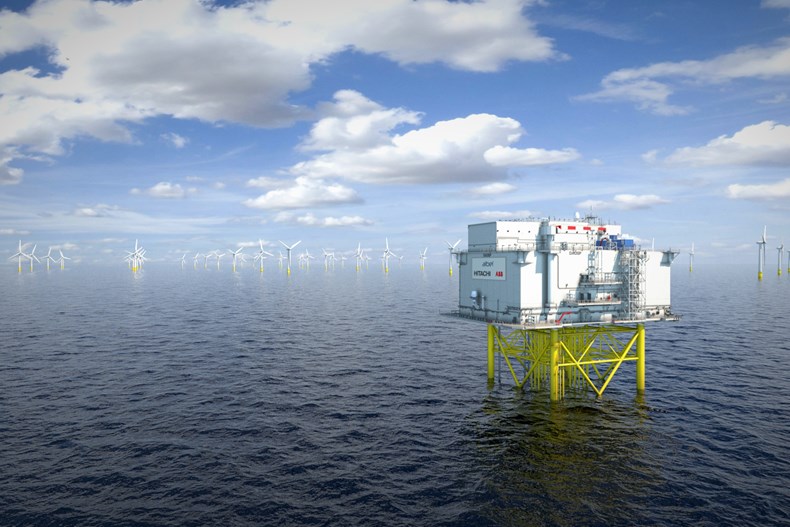 When complete in 2026 the wind farm will become the biggest in the world, able to produce enough electricity to power around 5% of the UK’s electricity demand.  It will be constructed over 130km out to sea, where wind speeds are higher and more consistent than near to the shore.

Dogger Bank will be the first offshore wind project in the UK to use HVDC technology to transmit the electricity produced back to shore, ensuring that the electricity is transmitted efficiently over long distances while minimising losses. Upon first installation in Dogger Bank A during 2023, the project’s HVDC facility will also become the largest-ever at 1.2GW, marking a tremendous scale up from the previous industry benchmark of 0.8GW.

“We’ve committed to build this project with record low CfD strike prices and the associated benefits this provides to UK electricity consumers. We will do this by using the latest technologies to ensure we build and operate the wind farm efficiently, while achieving the highest standards in safety. In order to build this complex infrastructure project competitively, whilst introducing a new technical solution here in the UK, the Dogger Bank project team needed to drive a huge step change in design,” said Steve Wilson, Project Director of Dogger Bank Wind Farm.

Working closely with platform manufacturer Aibel, the Dogger Bank team were challenged to design the first unmanned offshore HVDC substation in the world.

Removing the need for personnel to stay on the platform meant it was then possible to eliminate elements such as the living quarters, helideck and sewage systems, resulting in a 70% reduction in weight (per megawatt) of the topside compared to previous platforms installed, and cost savings of hundreds of millions of pounds (GBP).

Jon Kippenes, Offshore Platform Manager for Dogger Bank, was able to use his experience from years of working in Oil and Gas to drive forward the solution.

He said: “Traditional methods have been effective at transmitting electricity from wind farms that are closer to shore, but with Dogger Bank being so far from shore, we chose to use HVDC as it is much more efficient to transfer electricity over long distances.

“As the first project to do this in the UK we were faced with potentially high costs and uncertainty, but by taking learnings from unmanned installation in Oil and Gas, and working closely with our supplier we have designed an innovative and safe platform with huge reductions in weight. This of course lowers the cost for this project, but also sets a new standard for offshore HVDC platforms. The Dogger Bank transmission concept was turned from being the project’s Achilles heel into a competitive edge.”

It is expected that re-use of design and execution method may give significant benefits to future HVDC projects of similar transmission capacity.